Kobe Bryant (1978 - 2020) was an American basketball player, most known for his time with the Lakers, a one-time teammate of Shaquille O'Neal, a 5 time NBA champion, 2 time NBA finals MVP, and 18 time NBA All-Star.

He guest starred on episode 419 appearing on Whateverrr!. Gina and Jessica spill a drink on him forcing him to take off his jacket, and before he can leave they trap him in a cage. 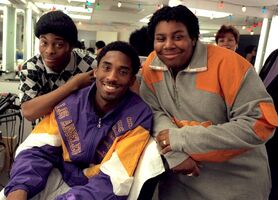 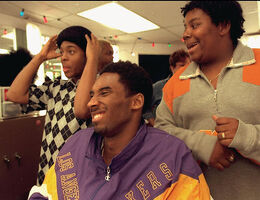 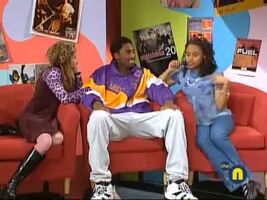 Add a photo to this gallery
Retrieved from "https://allthat.fandom.com/wiki/Kobe_Bryant?oldid=6179"
Community content is available under CC-BY-SA unless otherwise noted.