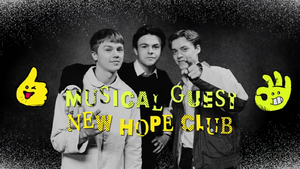 Jamie Lynn Spears returns to All That with the cast of Zoey 101; Alex hits 'em with a new Spanish lesson; auditions for a new school mascot are held; Penny chooses a character for her new game; Kate attempts the most difficult trick shot. 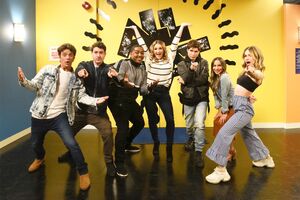 Add a photo to this gallery
Retrieved from "https://allthat.fandom.com/wiki/Episode_1129:_New_Hope_Club?oldid=6455"
Community content is available under CC-BY-SA unless otherwise noted.